Across the street from the Lurie Biomedical Engineering building (which houses my academic Department) is the Bentley Historical Library. Within its hallowed walls (or nearby) are lots and lots and lots of University archives. Included in those archives are Clarence Cook Little’s (“C. C. Little’s”) correspondence. By dipping our toe into that correspondence, we can see some of the passions and pursuits that occupied the mind of the man at the top (he was the 6th President of the University of Michigan, from 1925-1929).

Found within that correspondence, is a pamphlet from the American Eugenics Society from 1927 (smack dab in the middle of Little’s presidency).

Within that pamphlet we are told of the mission of the society. As reported the aims included the promotion of eugenics based research, education, legislation, and administration.

Specifics of the “formal education” mission of the Society include:

Following these and other detailed plans to make eugenics a palatable notion to the masses, the author(s) of the pamphlet go on to make the case that eugenics is “eminently practical”. And in a statement that sounds as if it could have been plucked from the current cultural ether on the matter, an anonymous associate of the Society is quoted as claiming that “You will never be able to make eugenics popular until you can make the man in the street feel the pinch of the defective classes on his pocketbook”.

As all that is old is new again, let us not forget that we have history as counsel for our future endeavors. Put another way, are we ever really having a “new” conversation about “who ought to be here” or is such a discussion part of the dialogue which started millennia before us? If we answer well, we might have millennia yet ahead to ponder further.

Every now and then, people who actually know what they’re talking about talk out loud to the rest of us. From that, we can learn a thing or two. Below are two great demonstrations of communicating technical content to a lay-er audiences. 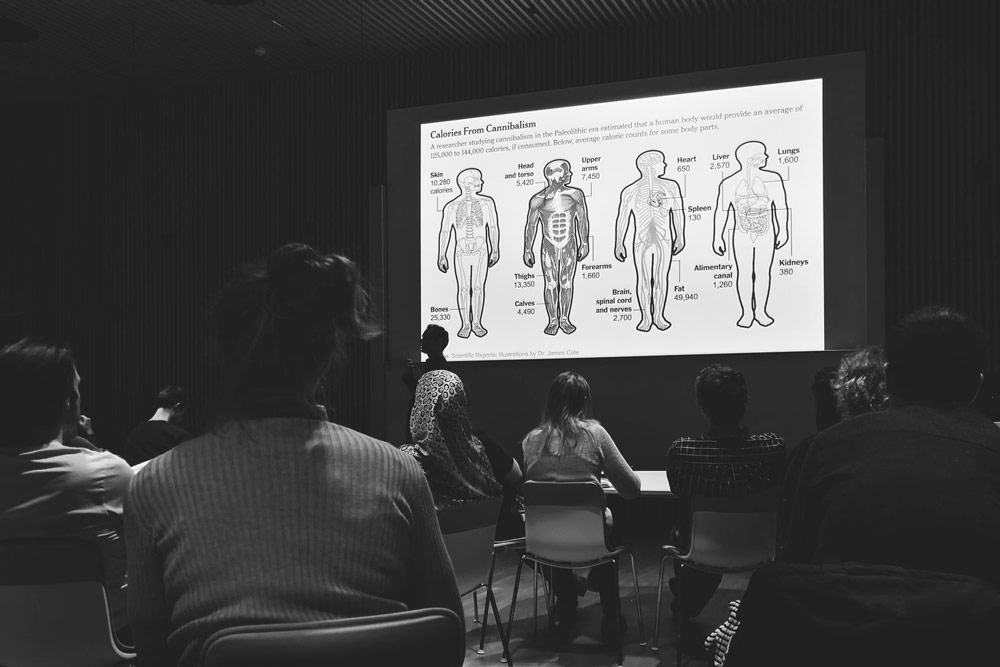 Ashraf al-Masri, “age was not reported”

Stranger,
Ere thou pass, contemplate this cannon,
Nor regardless be told
That near its base lies deposited the dust of
John Bradshaw,
Who, nobly superior to all selfish regards,
Despising alike the pagentry of courtly splendor,
The blast of calumny, and the terrors of royal vengeance
Presided in the illustrious band of heroes and patriots,
Who fairly and openly adjudged
Charles Stuart,
Tyrant of England,
To a public and exemplary death,
Thereby presenting to the amazed world,
And transmitting down, through applauding ages,
The most glorious example
Of unshaken virtue, love of freedom, and impartial justice,
Ever exhibited on the blood-stained theatre of human action.
O, reader,
Pass not on till thou hast blessed his memory
And never – never forget
That rebellion to tyrants is obedience to god.

Written by Benjamin Franklin, as recorded by Thomas Jefferson (and posteriority)

Work by the month